Made for Jestercraft gamejam and my first attempt in creating a board game.

(Every screenshot has been taken in Tabletop Simulator from steam, it is real nice too to try my assets and game out as it turn out. So nope, the assets do not have nice borders around them nor are they nicely cut into hexagons and stuff automatically. Sorry. I also feel really sorry for your printer if you decide to print the game out.)

The premise of the game is that you're some deity in some pantheon and currently in war against other deities in the same pantheon. To combat them you must amass followers in temples, but to do that you need resources to build them (because by the heavens the labor costs of divine lumberjacks or stone workers are high!)

The game is played by drawing cards from two decks (resources/followers and temples) Each turn you play cards from your hands to place your deity down on a possible plot of land where your temple is built, after which, if you happen to have collected enough resources and followers, you can build one! If not, you can just collect some more.. or get plans for another temple to build later, be careful though, at the end of the game you lose points for each temple you planned, but didn't build.

File includes (as image files of some sort, mostly .png):

A sheet of 42 Resource/Follower cards
A sheet of 24 temple cards
A Board
A Score Tract
One of each numbered tile
A pink starting tile.
A temple tile for each color.
A .pdf of the rules seen below 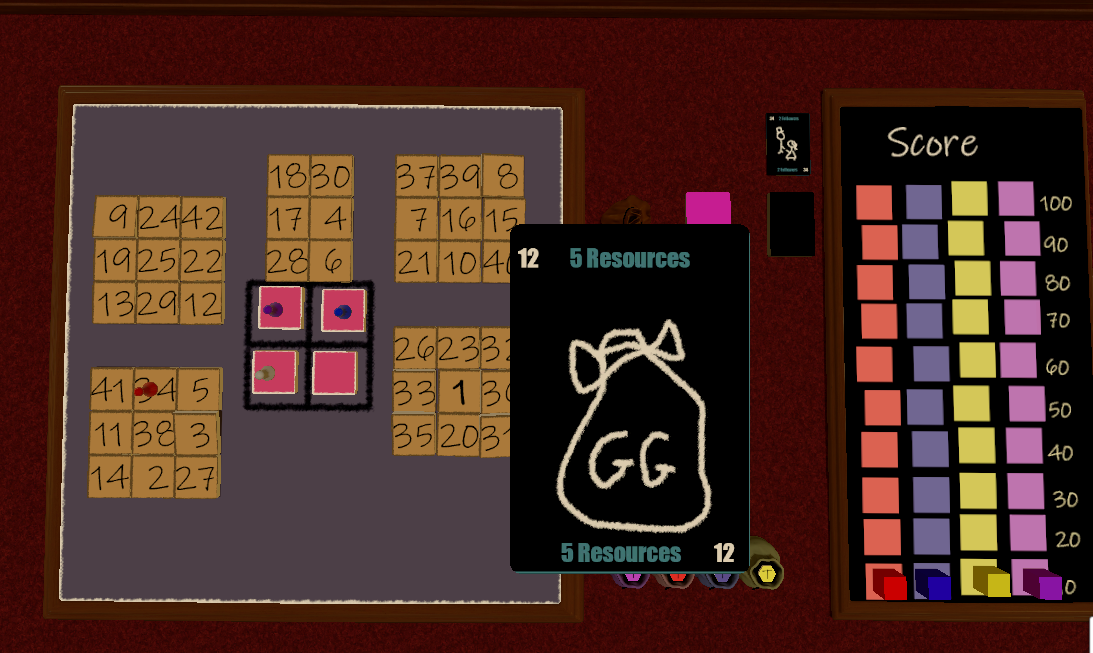 In the screenshot you see the board, the numbered tiles, the score tract and one of the resource cards.

And here is a temple card, with some temple tokens on board already! 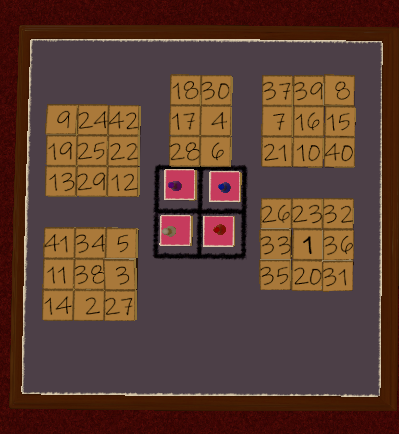 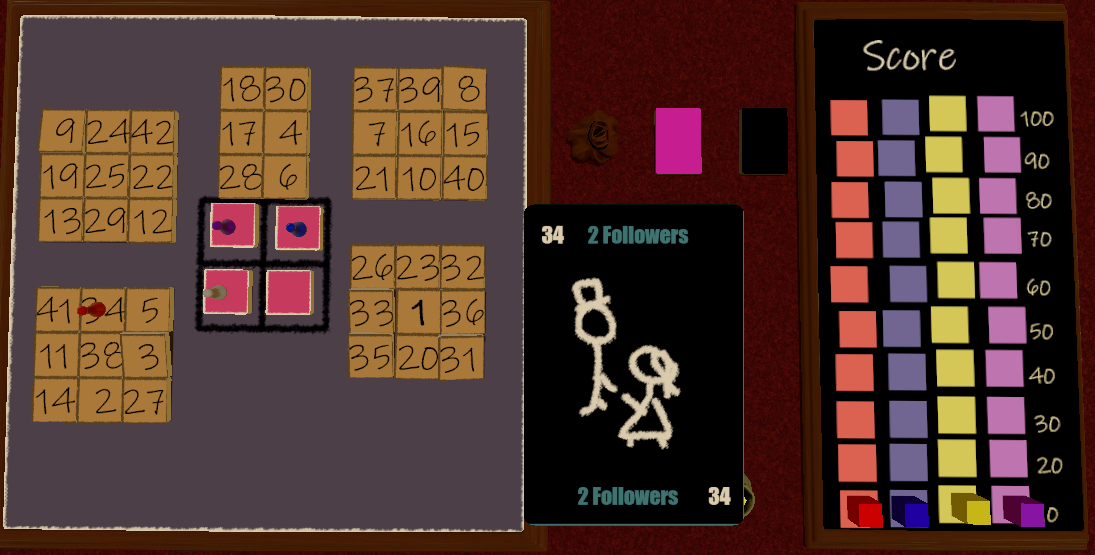 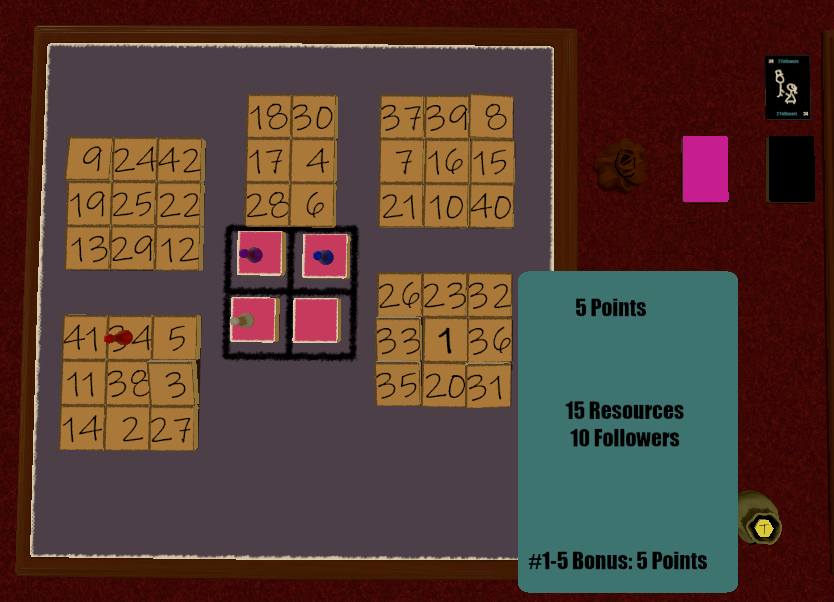 Notes:
Temple card bonus is given when you build a temple with that card on a tile in range noted.
If you get a row of three temples, you get 30 extra points.
If you have any temple cards in hand at the end of the game where one 3x3 grid is filled or someone builds the last temple on the pile, you lose points indicated on the card (bonus score isn't counted here.)
The 2x3 area is for "throwaway plays". Utilize it if you need to build a temple so you don't lose points at the end of the game but don't have cards to move into any of the grids.
If you somehow manage to break 100 points during play, put a temple token of your color at the beginning of the tract and start from there. The token is there to remind you as a "100 point counter".

Rebalancing (I may need to add more resources/followers in the cards if current values feel too low. Or I may need to tweak the numbers on temple cards.)

More special cards (At the moment I only have a few of "destroy a temple" -cards in the temple pile. I kinda want to think of some other special things!)

StickyShould I make this into Tabletop Simulator Asset as well?
by GaiaLancer · 2 posts
1y
Post a new topicView all posts 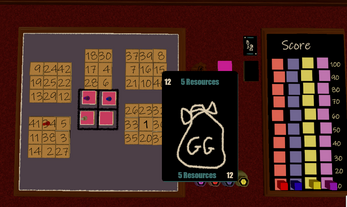